Last week we teased a few new characters we've been working on, and this week I thought I'd show off one of them in more detail.

Meet Epaminondas! If you think his name is daunting, wait until you meet him in person. 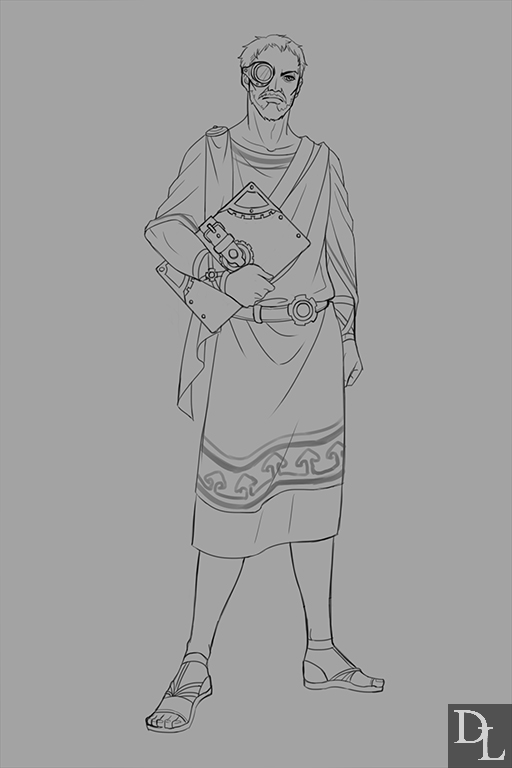 Epaminondas is our version of the great industrialists from a couple centuries ago, loosely based on the historical Epaminondas. He's a wealthy businessman heavily involved in the Theban railroad that has become vital to Greek development in Hellenica. As with most characters in Hellenica, there's more to him than meets the eye, but I'll leave that for you to discover.

Modeled loosely after Henry Clay Frick, we wanted Epaminondas to come off as stern and commanding. We thought a steampunk monocle would be a good touch, riffing off that 19th century industrialist vibe. The steampunk ledger also helped us communicate his constant involvement in business affairs. 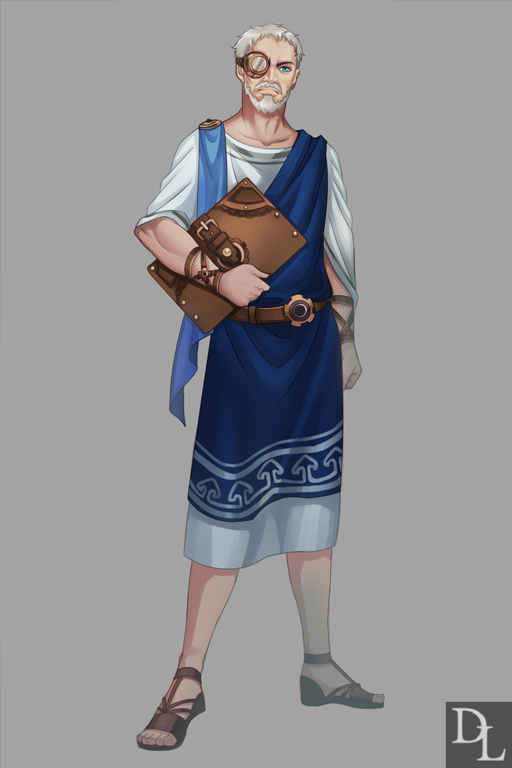 YDY-CG nailed the look immediately, so there aren't too many decision details to dig into this time.

As always, let me know if there's anything I can add to these posts. I'll follow up next week with some info on our new character development process and another character!
Posted by Kurt at 11:03 AM