So, we've revealed three characters thus far, and each of them have been female. As I write this, it occurs to me that our readers may think the world we've created for Hellenica is solely populated by female warriors. As intrigued as I am by the concept, that's actually not the case. Fleshing out steampunk ancient Greece is challenging enough without contriving an explanation for the loss of an entire gender!

As proof, I present to you Scylax, the wandering swordsman: 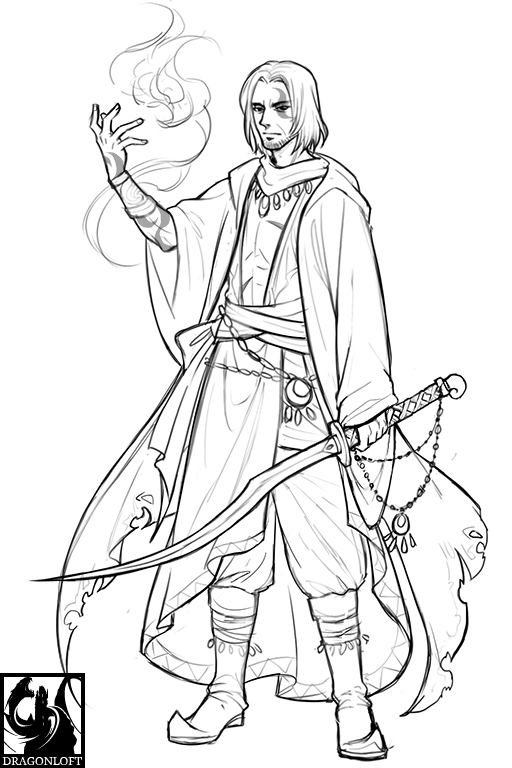 Scylax is an expert swordsman who has been travelling the world for over a decade on a quest to restore the sacred fire to his temple. His adventures have granted him experience, wisdom, and even a powerful weapon, but if you've ever played any role-playing games, you already knew that. Don't worry, he's got a few surprises up his sleeves yet.

This is the initial sketch put together for us by the people over at YDY-CG. We had a lot of elements to fit into a single portrait given his extensive travels. We envisioned influences from Greece, Persia, and even the mystical (eastern-styled) realm of Hyperborea. The talented artists over at YDY were able to make it work for us though, and after a few minor tweaks we moved on to some coloring. 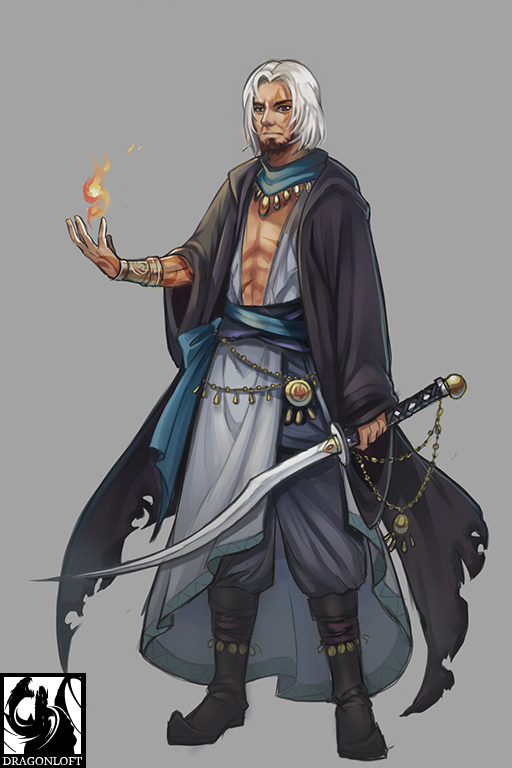 Our first pass looked promising, but we felt the dark colors gave the impression that he is a villain when actually he is quite the opposite.  Additionally, we still had some qualms with his upraised, fireball-wielding hand. It's hard to keep someone comfortably engaged in a conversation when you're threatening them with immolation at point blank range! Since we're using these portraits for the dialogue portions of Hellenica, we thought we still needed to tone it down a bit. 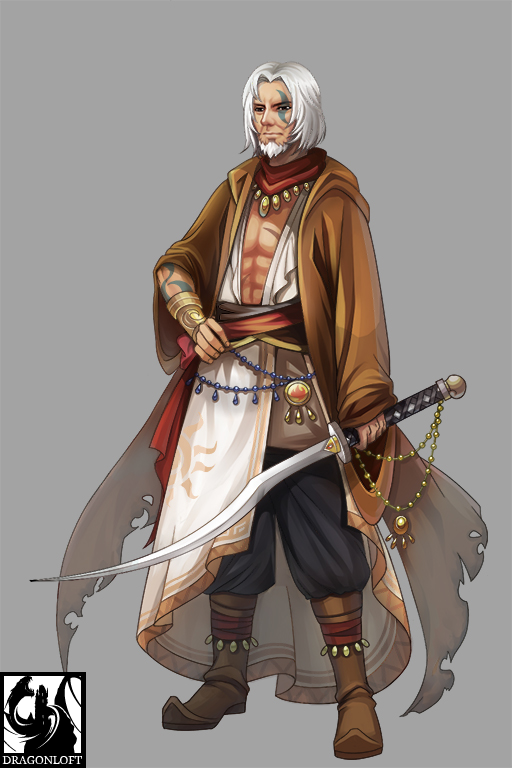 Here's where we ended up! The color palette feels more strongly tied to his relationship with fire, and the matching beard and hair in addition to some facial expression tweaks gives him the age that he needs to seem older and wiser.

What do you think?

If you'd like to check out more character art from Hellenica, head on over here!
Posted by Kurt at 9:03 PM