I'm back again this week with another character art update, but before I dive into that, I thought I'd talk a bit about how our process has been evolving.

When we first started out, we made the mistake of not lining up a dedicated, long-term artist. This meant we were contracting out portraits to different individuals from concept to completion. The result? Pretty inconsistent styles, as well as disagreements in color palettes and character sizes, which all translates to a waste of time and money.

Now that we've found a steady partner for our portraits, we're able to approach things with more of an eye towards the whole product. We've started sketching out related characters in a single pass. This lets us establish a cohesive look and iron out any issues between characters before we get too far along with any individual portrait. Then when we move on to coloring, we can make sure that our characters don't end up clashing with each other.

We're pretty excited about how things are working out now. I'll keep you posted if we make any more modifications to our process.

So, this week's character update involves the ever-popular Alcibiades. Quite frankly, he's a terrible person, which made this one pretty fun to make. 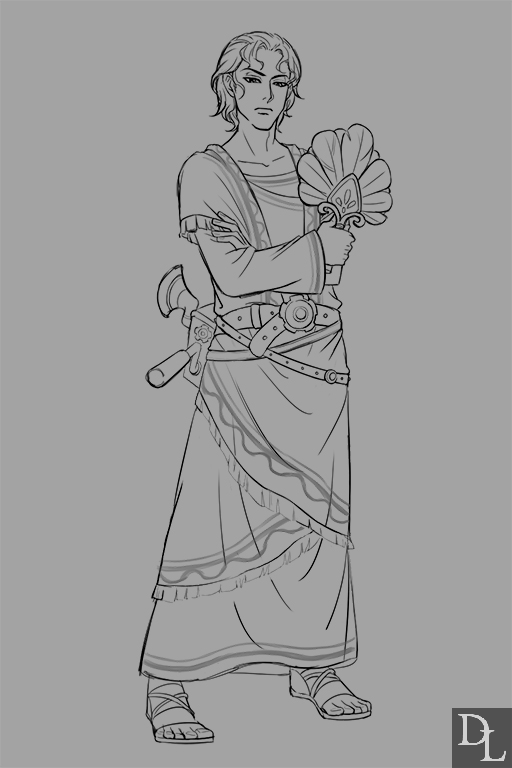 Alcibiades is based loosely on the historical figure of the same name. He comes from a wealthy line of Athenian aristocrats, the Alcmaeonidae (say it with me: alk-mee-ON-uh-dee), that has long been involved in the affairs of Athens. As a result, he's a real pompous jerk. Unfortunately, your party will likely have to deal with him on a few occasions if you spend any time in Athens.

We wanted to make his unsavory personality immediately obvious from his expression. He also needed to clearly communicate his background and his position in society. To that end, we made his robes a bit more extravagant than the other characters as a first step. We also outfitted him with an affected fan and a portable gramophone, a recent vogue accessory of the Athens elite (in the world of Hellenica, anyways). This in conjunction with the details of the belt also helped to tie in our steampunk aesthetic. 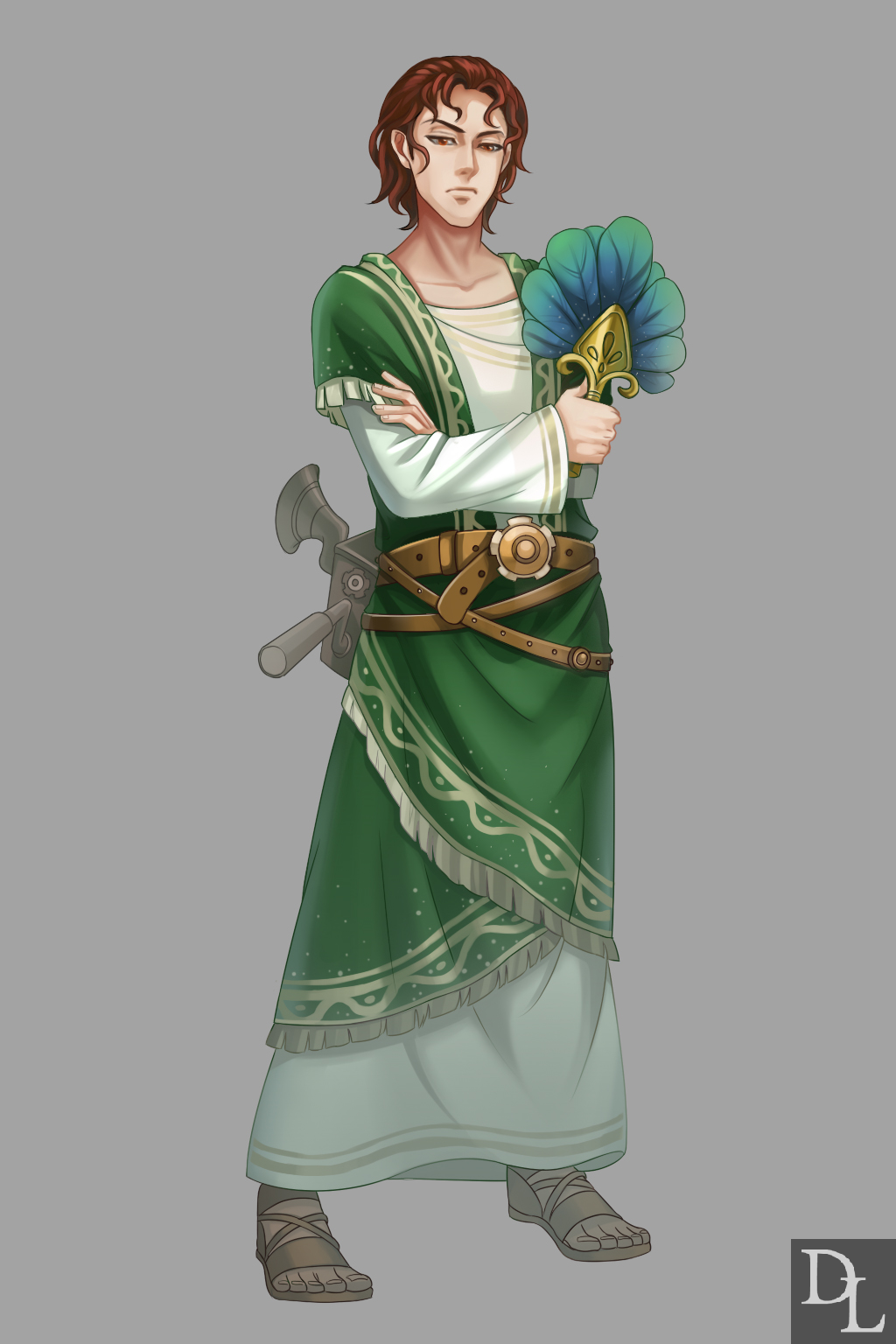 What do you think? Did our messaging work?
Posted by Kurt at 7:48 AM