This time around I'm going to talk about the development of Nyx, one of Hellenica's more mysterious characters. Your party may come across her, if she lets you.

For Nyx, we really wanted to create a medieval rogue/assassin vibe, while still sticking to clothing and accoutrements true to the ancient Greek setting. It was a pretty tall order, but we got in touch with the talented Zetallis who saved the day. (You can check out more of her work here!) 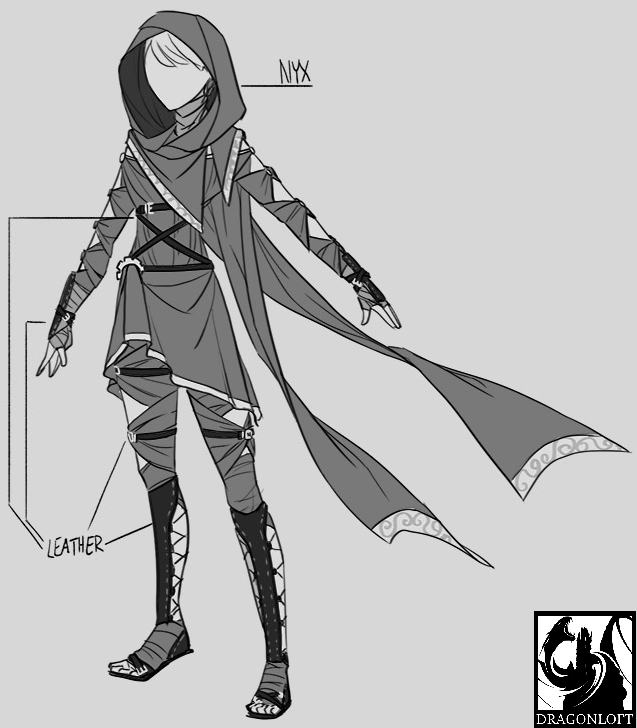 I was really excited about the draped cloth on the arms and legs, but we decided they were a bit too impractical for Nyx. Ultimately, we decided to go after something a little more functional. Additionally, we were concerned that the hands and feet pushed things too far towards an eastern ninja look, so we asked Zetallis to do another variation on those parts as well. Here's the second sketch! 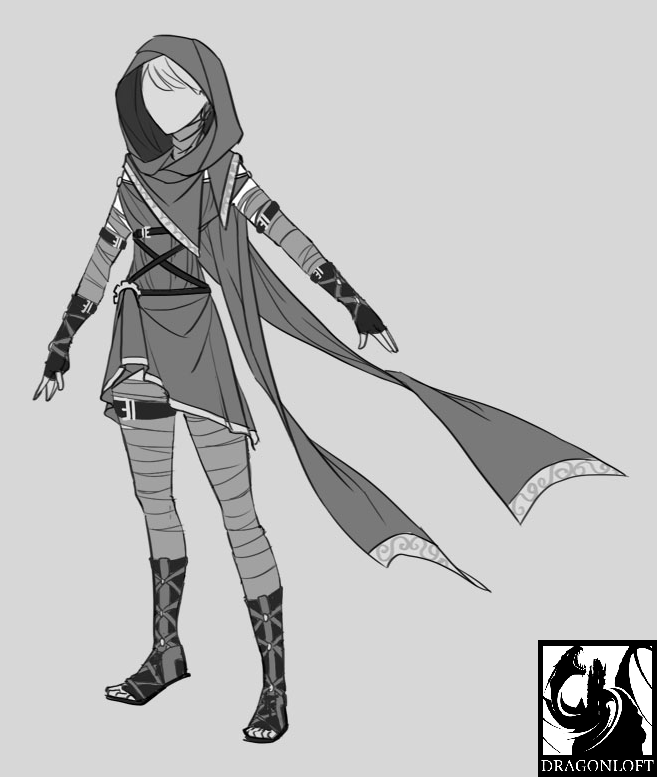 Happy with how this turned out, we wanted to add some distinguishing feature that would add a little more flavor and potentially hint at some of her past. In terms of direction, we hoped Zetallis might draw inspiration from Nyx's name, which is shared with the Greek personification of night. Additionally, Nyx's character has a reputation for having unerring instincts, so perhaps a Greek symbol of Apollo or luck would be appropriate. Here's what Zetallis came up with: 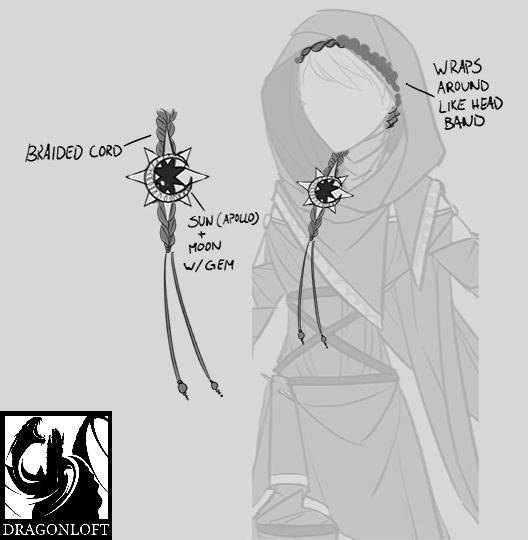 Next, we tackled Nyx's colors. Given her ties with night and stealth, we were drawn towards a much darker look than we've previously gone after. We ended up moving forward with the rightmost variation, with some slight alterations.

For the pose, we wanted to sell Nyx's 'no nonsense' nature. It had to be intimidating. On top of that, her facial expression needed to say 'you do NOT want to mess with me'. What do you think? 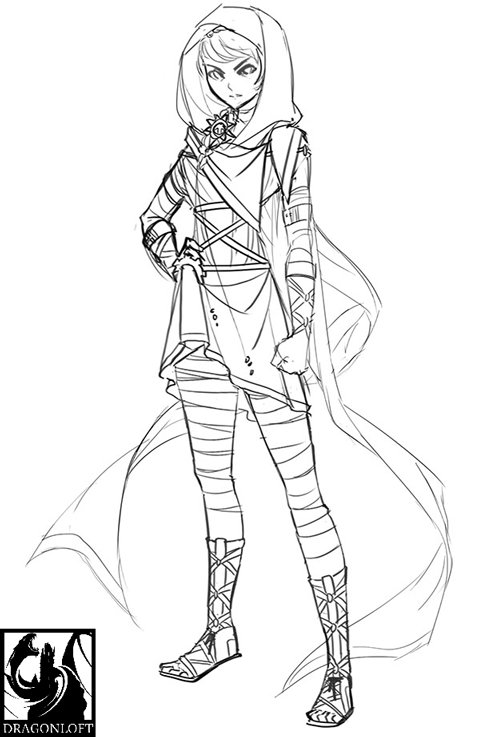 At this point, most of the decisions had been made, and it was just up to Zetallis to work on the final coloring. She did a great job, and we're incredibly pleased with the results!

If you'd like more of Hellenica's character art, please check out our development posts on Diona and Nephele! 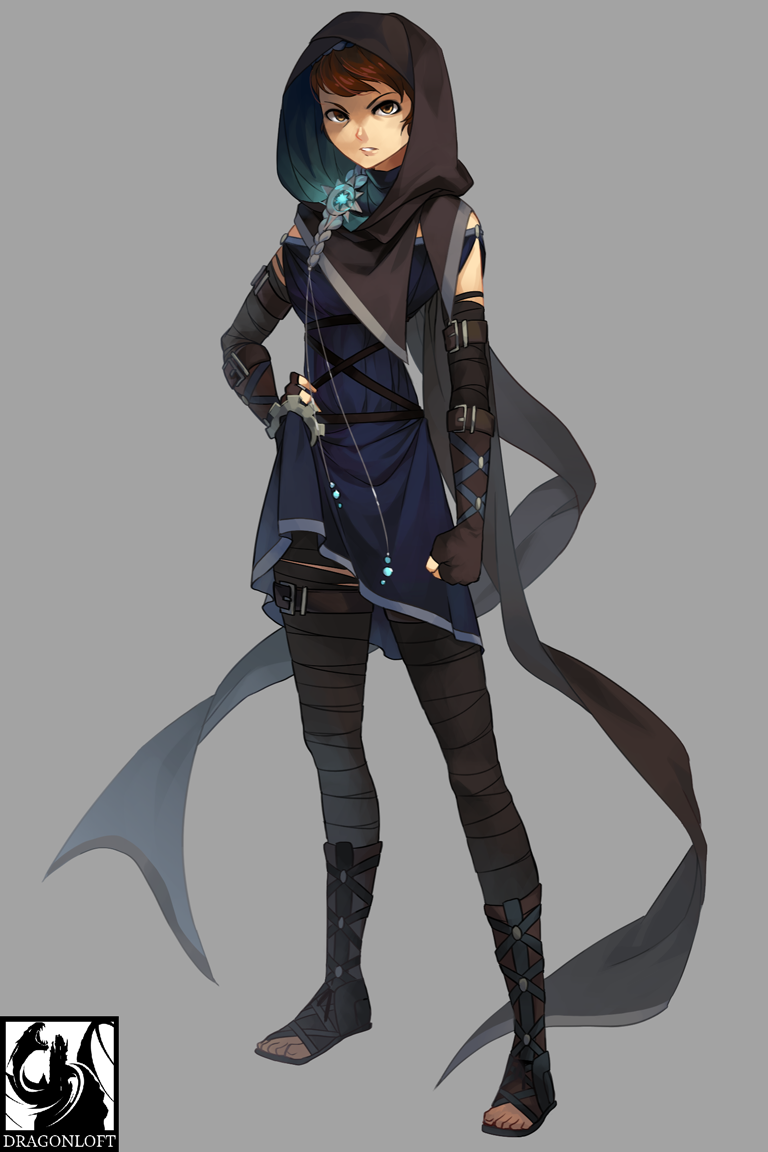