Clearing up Some Rumors (in Thebes)

I’ve had some exciting tasks this week, including tracking down a particularly tricky save file bug as well as providing support for a mystery feature we'll hopefully be revealing soon.

But for this blog post, I’m gonna be talking about adding the appropriate rumors to sh5 Thebes. As I mentioned in this blog post, rumors are conversations that can seem like just flavor or world building, but also provide the necessary foreshadowing and/or context for events that might occur later in the game (depending on the player's choices).

When originally writing sh5_thebes, we didn't know exactly all the paths the story could take from there, so we just made a note to go back and add rumors. Since we now have a pretty good grasp of how the story’s going to shake out, it was time to get those rumors in.

The first thing I did was look at all possible events the paths leading out of Thebes could go to and examine the corresponding rumors. Then, I removed the rumors that would give redundant information. Sure, the rumor expounding on the state of the Spartan civil war would be relevant if the player chooses the associated path, but the conversations surrounding that choice already touch on a lot of that information. Instead, I chose to feature two rumors which would help introduce a character and a secret society that the party might unexpectedly stumble on in the future, hopefully making those appearances seem more foreshadowed and less Deus Ex Machina.

Even though both of these rumors were already written, they hadn't been implemented in the game yet, so there was some cleanup there too. A couple of flaws in conversation pacing or character voice weren't really obvious until we saw them in game. We additionally caught the characters casually referencing specific events in the 6th century BCE, so we added a glossary entry to make sure players could understand the context without needing to be a Greek history expert. 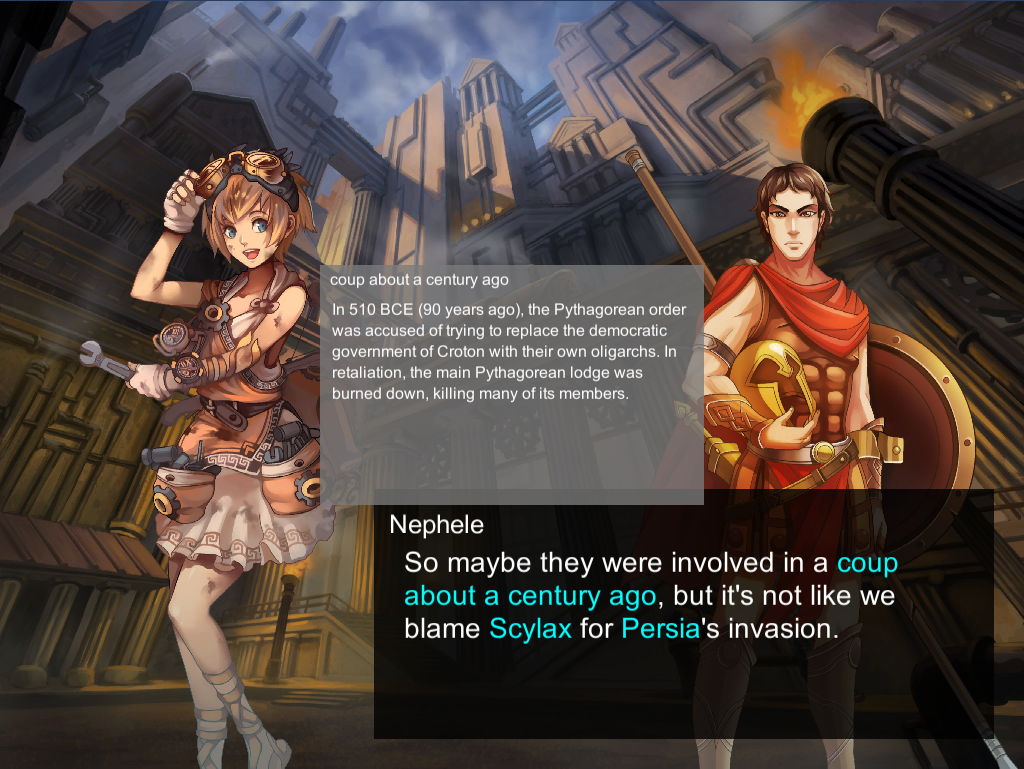