I've recently managed to outpace my proofreaders, so I switched off writing to work on something we’ve wanted to get to for a while, character portrait presentation.

We wanted to experiment with multiple speakers on each side to give the impression of the player's party participating in a discussion (or argument) as a group. First pass implementation of this was easy, but had a few glaring problems... 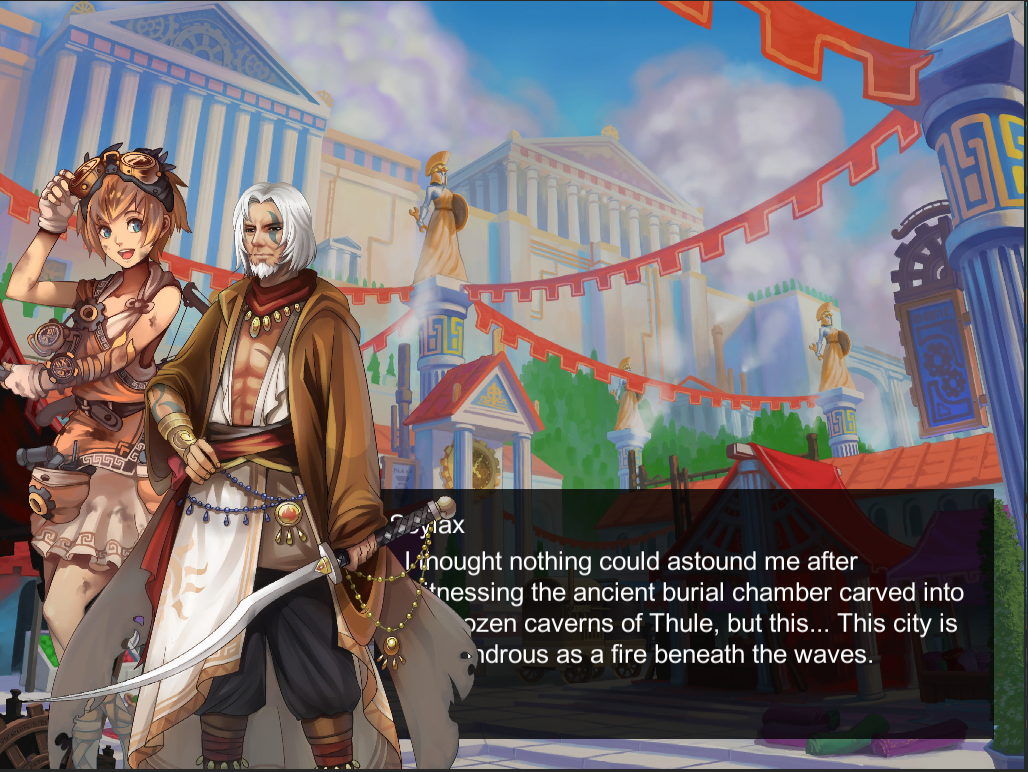 Even though Scylax is the one speaking, Nephele appears bigger and louder. (We had looked at our character designs next to each other before, but never overlapping, so this is the first time we were really made aware of discrepancies of height and body proportions.) Additionally, Scylax's wide-spreading coat ended up intruding on the dialogue text, even though that position had worked for other (narrower) characters.

To fix this, we're giving each character portrait its own set of presentation variables that track its size and position for each slot. So when Nephele's not speaking, she shrinks a little and backs up. And when Scylax is speaking, he doesn't scoot forward quite as far as other characters do. We also decided to dim characters in the background. 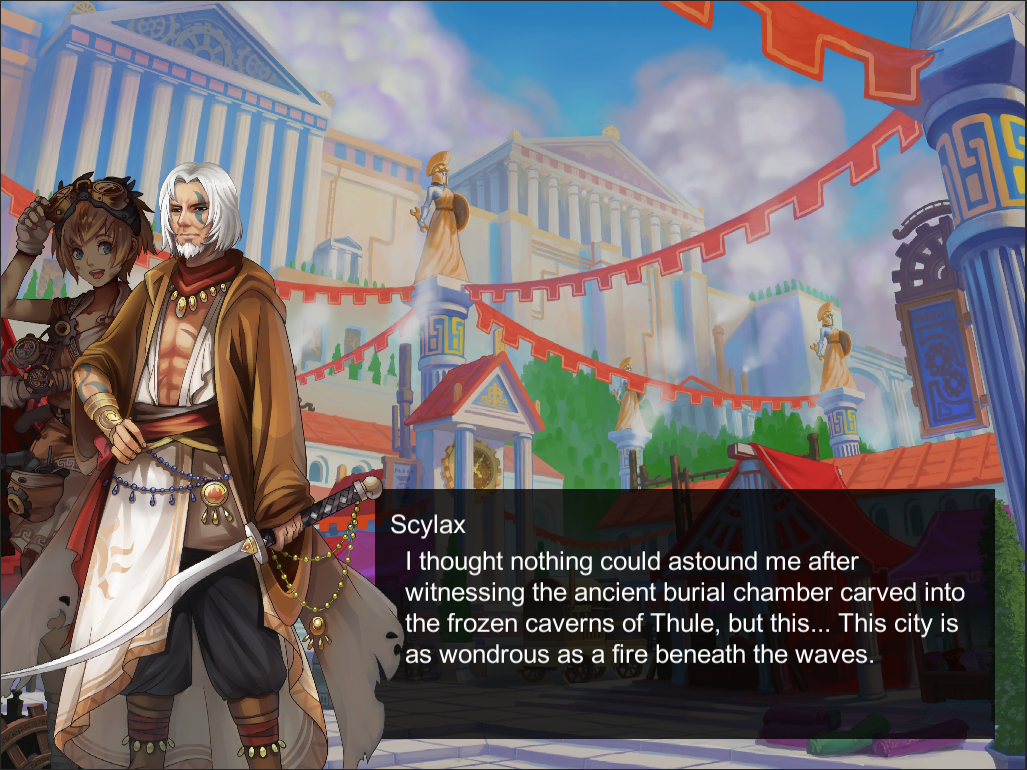 Which looks a lot better.

Also, as of right now we haven't really solved when we should put characters on the same side in a conversation. We just always do it with the party (even if there are no NPCs talking), which is serviceable, but probably not as good as it could be. We'll keep mulling over it, but if you have any ideas for when groups of characters should be displayed, or any examples of games that solve this problem well, we'd like to hear about it in the comments.
Posted by Victor Cepeda at 7:08 PM