Now that we've wrapped up most of our character portraits for Hellenica, we had some time to go back and revise some of our earliest characters. We realized that the first pieces we worked on with our previous artists didn't quite match up with the style we established with our current artist. Ack! Who will save us now?!

So, we had her do a little touch-up work. Here's a process shot of how our characters were transformed: 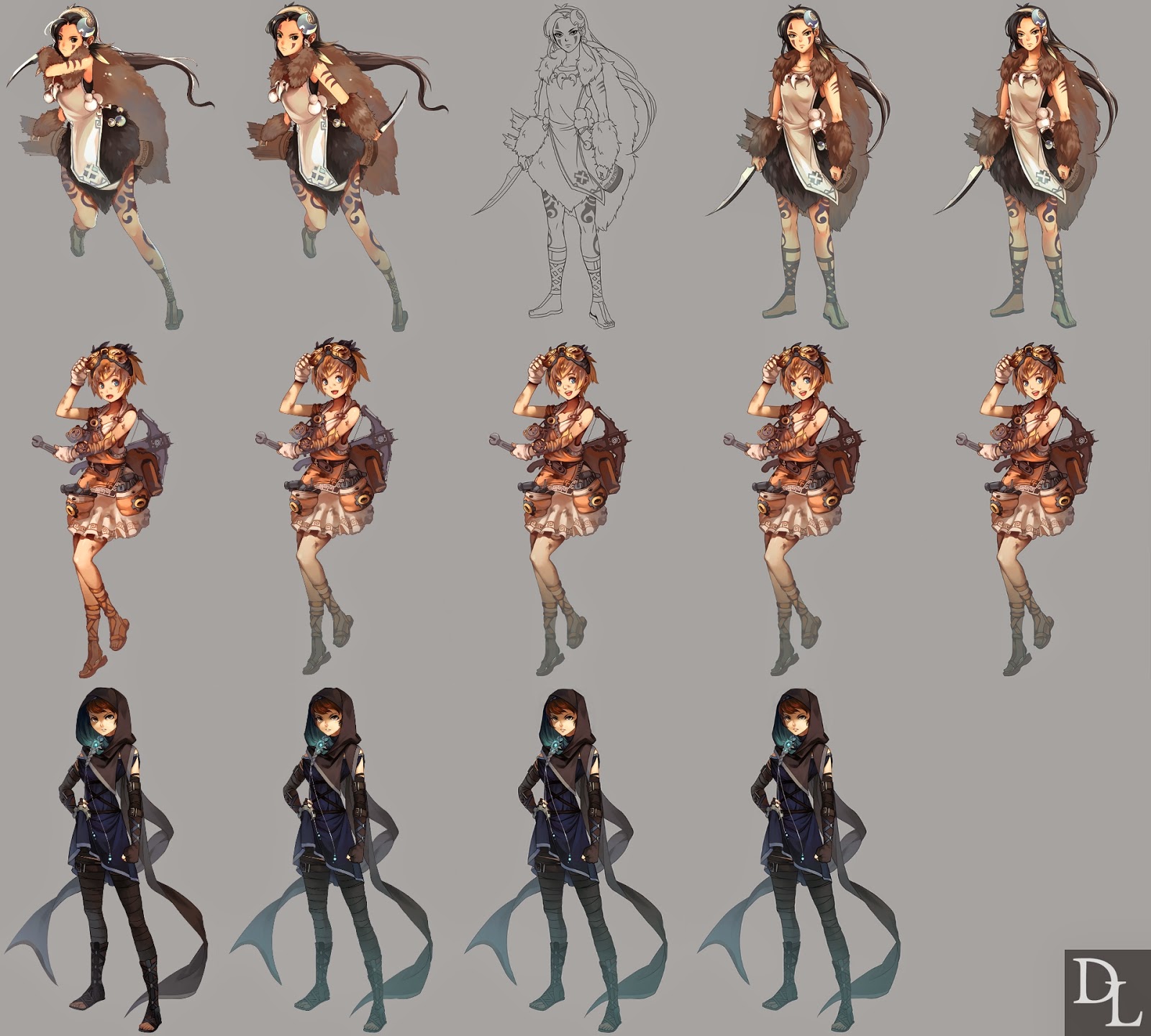 Nephele and Nyx were fairly straightforward. We shrunk their heads and eyes down a bit to be closer to the mostly realistic character proportions of our other characters. In Nephele's case, we had to make her nose and mouth a little more well-defined as well.

For Diona, we made similar adjustments to her facial features, but in the end we just weren't happy with the way the pose was working out. During her conversations in game, she looked unbalanced and a bit awkward. So, starting again from the sketch stage we put together something more natural. We already had a great color scheme worked out, so it was a little easier than completely starting from scratch.

And that's that! As on the internet, photoshop can fix any problem. What do you think? We're hopeful that once players get into the game they'll never even know that these three characters were originally done by a different artist!
Posted by Kurt at 9:50 PM