It's been a while since we revealed any new characters here on the devlog, and with Christmas coming up soon, I thought it only appropriate to introduce you to our very own Santa look-alike, Anaxagoras!

Anaxagoras is an inventor who has been at the forefront of the Greek industrial revolution for years. Our main goals in portraying him were to communicate his friendly, helpful nature and to echo the visual aesthetic that we had developed for Nephele, our other character strongly related to steam technology. Our basic approach included: 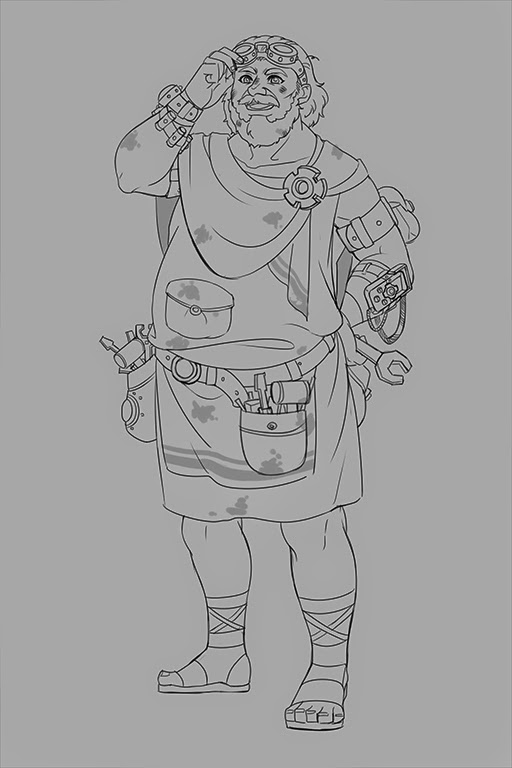 This first sketch was already quite close, but there were a few small details we wanted to revise. The pocket on the stomach felt impractical and probably uncomfortable. We also felt the device on his wrist was a bit too modern for Hellenica's time frame. 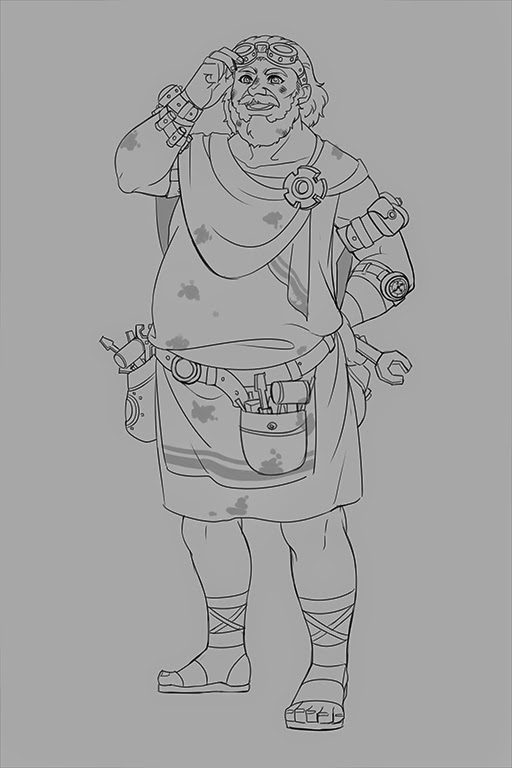 This new version looked great, so we moved on to coloring.

We wanted Anaxagoras to look right at home in the workshop, which meant using browns and oranges that blended in well with the metallic tones found there. We had already achieved a similar look with Nephele, so her palette served as a great starting point. 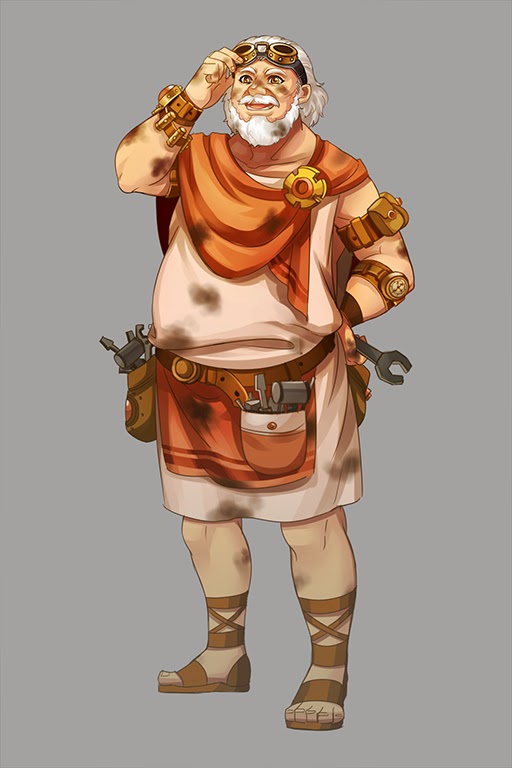 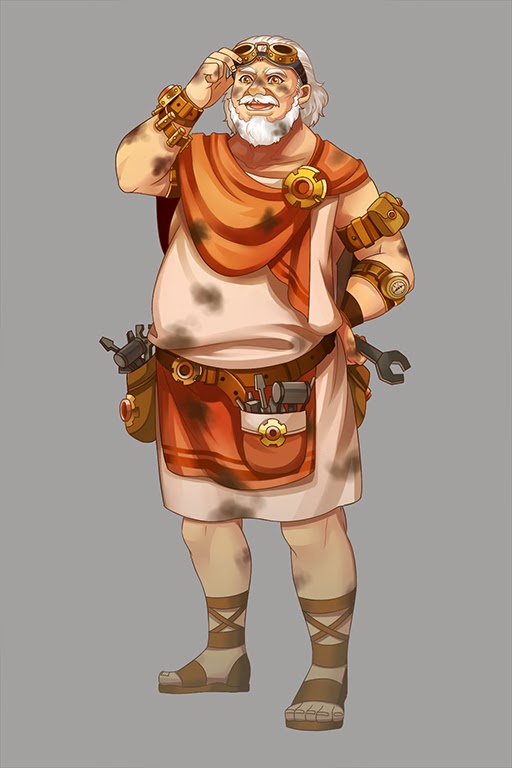 After that, it was just up to our partners over at YDY-CG to finish up the coloring of the sketch and add in the final details (wristband colors and pouch ornaments). As always, they did a great job executing on our direction, and we're super happy with how he turned out. 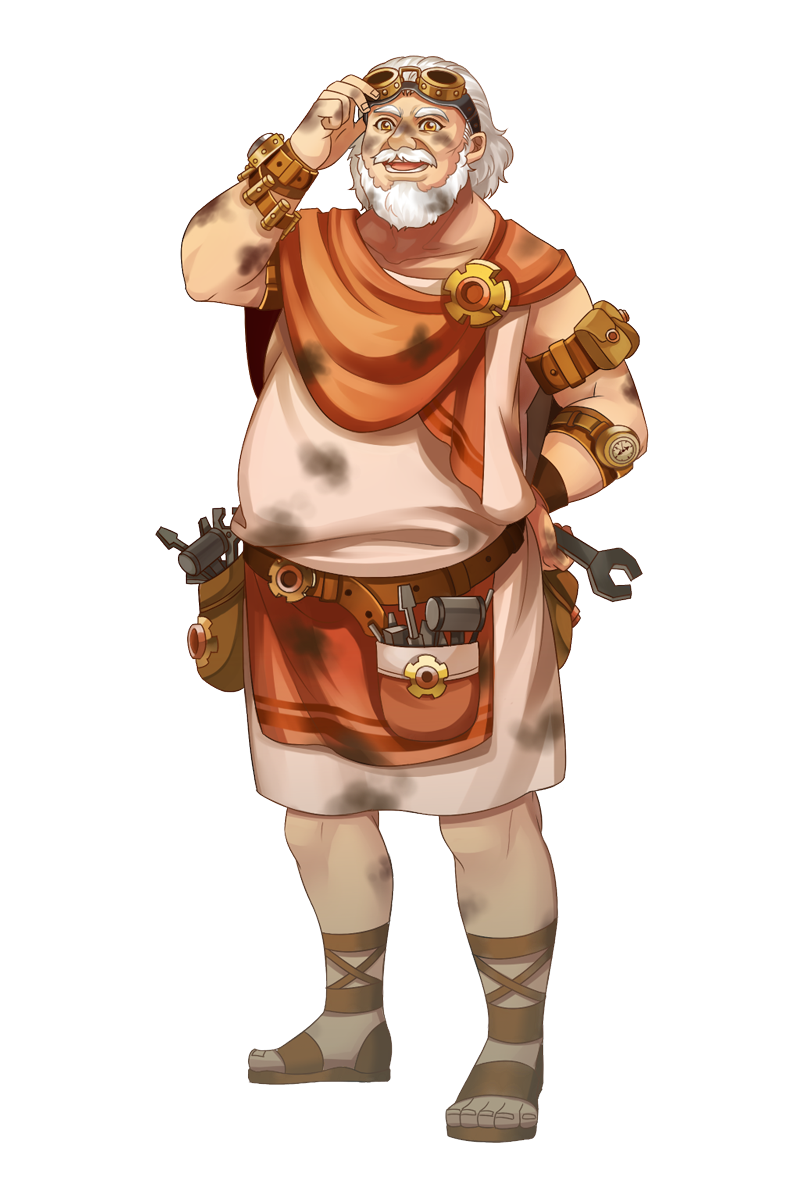