Lessons from The Banner Saga

At long last, The Banner Saga saga is over, and the game has finally been released to lucky Steam users everywhere. 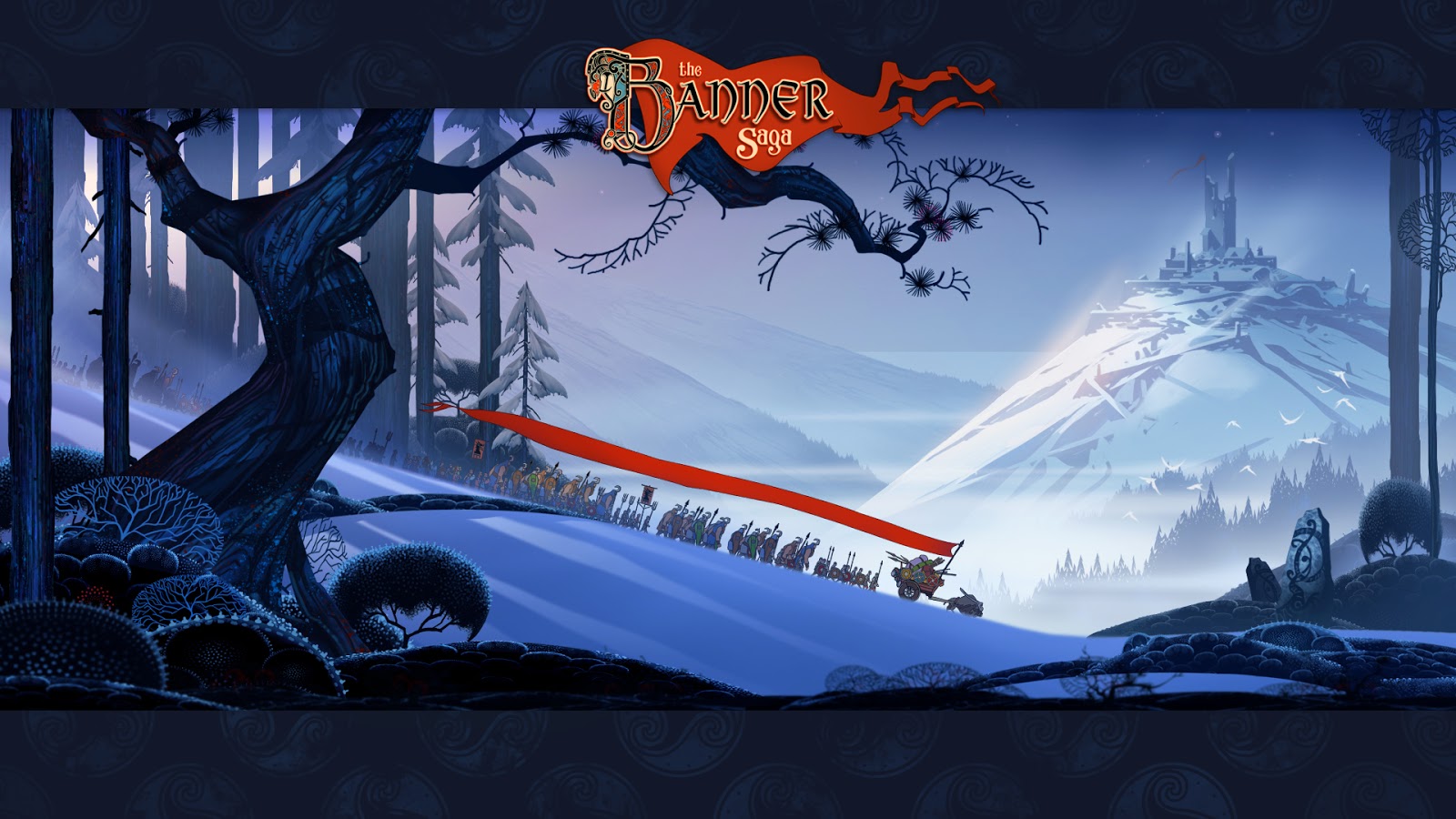 As the person focused primarily on combat gameplay in Hellenica, The Banner Saga serves as a beautifully articulated lesson on how (and how not) to design and integrate a tactics game within a narrative work. Here are my two main takeaways from the game as well as how we're approaching things differently in Hellenica.


- Nail the feel through animation and sound.


Obviously these elements are key to every game, but the few moments of action and impact are especially important in a turn-based tactics game where the world is at a standstill for large stretches of time. In The Banner Saga, every axe swing, every shield impact, and every slumping body is bold and jarring. This feedback is the reward the player gets for all of their hard work and planning, so it has to feel good on every level.


For Hellenica, we're hoping to take this a step further by making turn execution cinematic. Unlike the alternating turns of The Banner Saga, a player executes her entire crew's turn together in Hellenica, allowing us to playback the outcome of your tactical coups (and blunders) in a hand-crafted way. Think fighters rushing at an opponent simultaneously from opposing angles to deliver a devastating combo, or archers delivering a volley of staccato attacks as melee units reposition the target perfectly in time. The goal is to make the battles come alive instead of feeling like chess with attack animations.


- If the narrative is your focus, combat should be integral to the story, not just an interlude.


The Banner Saga is a game of harsh realities, and it will test your moral fiber through hard choices. Do you let a band of farmers join your caravan for protection even if you’re only capable of feeding your own people for a couple more days? Unfortunately, there was a point where I began wanting to sacrifice my values in order to avoid clicking through one more combat encounter. (See my note at the end on why I think Stoic, the developer, may have intended this player reaction.)


Whereas the travelling segments of the game have you writing the story of a caravan and its problems, the story you tell through the combat segments is always just ‘there was a fight, some people may have been hurt, and the enemy was wiped out.’ This is perfectly fine in many games, but I felt The Banner Saga made a promise to me about providing an epic narrative experience. As a player, I expected that to be present at all times during my playtime. So, while I actually really enjoyed much of the combat experience, I became disinterested in what felt like chores necessary to unlock story progression instead of meaningful narrative experiences in and of themselves.


To this point, in Hellenica we are using the combat portion of our game to develop the narrative just as actively as the out-of-combat portions. Combat will explain the how of your characters’ journey: how they foiled the plot of those miscreants, how they first encountered their mysterious travel companion, or how they escaped yet another perilous position. Your characters’ performances in combat will even determine how they are spoken of in later dialogues.  In this way, everything a player does will be further developing their story.


So, with that wall of text out of the way, would I recommend the game?


Yes! As much as I would hate to be there, I loved the world of The Banner Saga. The mood established by the forlorn venture of your parties really worked for me, and the presentation was superb. I actually attribute many of my criticisms to the bravery of the guys over at Stoic. I may give them too much credit, but to me, it feels like they were creating a mood piece first and an entertaining video game second. While perhaps not something I personally wish to play for 10+ hours, I can admire it for achieving its artistic intent. And of course, take my criticisms with a grain of salt; I have an extremely critical eye when it comes to tactics games because I’m making one!

With those lessons in mind, here’s to making Hellenica as (or more!) successful.
Posted by Kurt at 10:37 AM